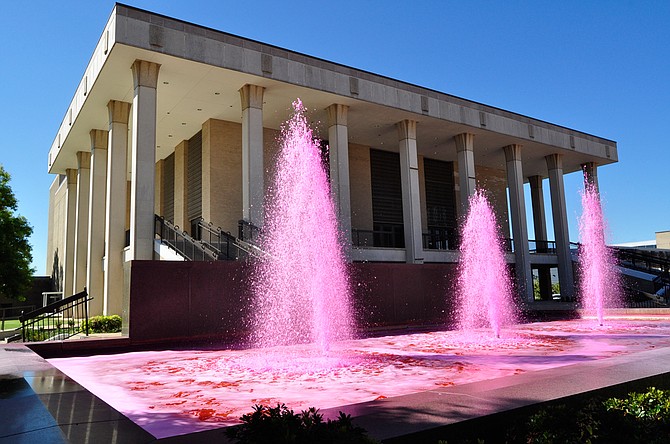 “Broadway in Jackson” and “Jackson Live!” come back to Thalia Mara Hall this fall, with the first performances beginning in October. Trip Burns/file photo Photo by Trip Burns.

The Oxford Film Festival, an annual independent film festival that launched in Oxford, Miss., in 2003, recently announced that it is partnering with the Magnifying Glass Fellowship in Mississippi to offer grants of up to $2,500 for local filmmakers.

The Magnifying Glass is an independent film fellowship that Russell Sheaffer, founder of California-based film company Artless Media, created. The fellowship focuses on small-budget, progressive or radical short films that address social issues such as violence, racism, sexism, homophobia and gun control. Films should be two to five minutes long with a total budget of no more than $2,500.

“One of the most important things for our film festival is a diversity of voices, so we’re excited to partner with the Magnifying Glass to help Mississippi filmmakers create their stories,” Melanie Addington, executive director for the Oxford Film Festival, told the Jackson Free Press. “We’re looking for anyone in Mississippi who has a story to tell.”

Filmmakers from Mississippi must submit their application online along with their idea for a short documentary on social issues before midnight on Oct. 31.

Submissions should include a one-page explanation of the project, an expected total budget, a description of intention for the awarded funds, key crew bios, a sample of the filmmaker’s previous work that is less than five minutes long, if available, and an outreach strategy. The Magnifying Glass will give preference to artists who are documenting oppressed communities of which they are a member.

Applicants who receive grants will be able to screen their documentary at the 2019 Oxford Film Festival, which takes place from Feb. 6 to Feb. 10. Projects must be complete and ready to screen by Jan. 2, 2019.

Richard Schwartz & Associates, P.A. (162 E. Amite St.) held a press conference on Wednesday, Sept. 19, to announce the launch of a campaign to provide free Teddy bears for children at accident scenes or other traumatic events.

The law firm will partner with local law enforcement agencies and first responders to give out what it is calling “Buddy Bears.” Police departments in Madison, Rankin and Hinds counties have collected the first 500 stuffed animals.

“The Buddy Bear is a stuffed bear wearing a blue T-shirt to symbolize police officers,” Kelli Williford, marketing director for Schwartz & Associates, told the Jackson Free Press. “Richard gave them that name because we want them to serve as a friend or buddy for a child to hold on to in the wake of a tragic incident like an accident.

“We want a first responder to be able to help better console these children in difficult times and hopefully have an impact that can make such experiences less traumatic for a child. The idea is for officers to keep the Buddy Bears in their vehicles to have ready if the time comes.”

Departments wishing to participate in the “Buddy Bear” campaign can call the public relations department for Schwartz & Associates and request the number of Teddy bears they would like to receive. Schwartz & Associates can provide more bears by request when they run out. Although the campaign is geared toward police officers, other first responders such as firefighters and paramedics are also welcome to participate.

‘Broadway in Jackson’ and ‘Jackson Live!’ Return to Thalia Mara

“Jackson Live!” will feature a variety of musical performances, including Grammy Award-winning blues guitarist Buddy Guy in concert on Oct. 11, musical circus act Cirque Musica’s “Wonderland” on Dec. 20, “Harry Potter and the Sorcerer’s Stone in Concert” on Jan. 19, 2019, and gospel, soul and R&B legend Mavis Staples in concert on March 22, 2019.

For a full schedule of events, as well as information on season tickets and VIP services, visit jacksonbroadway.com or call 888-502-2929.