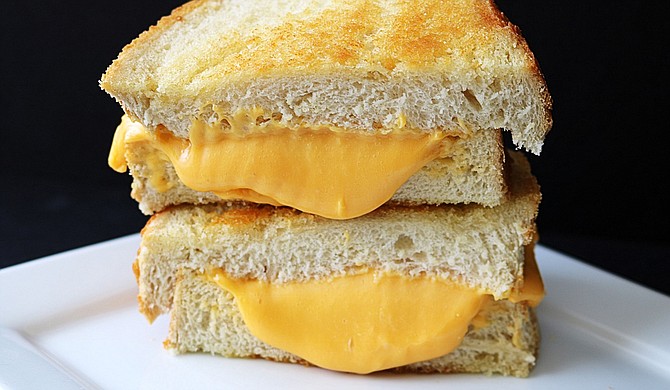 JACKSON — Like peanut-butter-and-jelly sandwiches, grilled cheese is probably something that brings nostalgia for many people.

“I think everyone loves a grilled cheese,” says Lou’s Full-Serv Chef de Cuisine Hunter Evans. “It might be one of the more nostalgic foods ... whether it’s the first thing you learned to cook, or that’s what you got when you came home from school. I even have friends that are lactose intolerant that ... still love grilled cheese. It’s like a simple food, easy to prepare, but there’s just a lot behind it.”

Evans and his wife Mary Kathryn, Mary Alex and Peyton Thigpen, and Julio Céspedes wanted to have a family-friendly neighborhood festival in Belhaven, so they came up with the idea for the Belhaven Grilled Cheese Fest.

During the event, which is Sunday, April 29, 10 teams will compete to be named “best grilled cheese.” Evans says each team will prepare 50 to 60 sandwiches, and when divided into triangles, he estimates that guests will be able to sample about 2,000 sandwiches. Teams include ones such as the Cheesy Knight, Krewe de Gouda, Curd Appeal and more, and some of the teams will feature people from local businesses such as Soul Wired Café.

The event will have a People’s Choice award, where guests get to vote for their favorite cheesy sandwich, and five judges will crown the overall winner. While two of them are Lou’s owner Louis LaRose and Studio Chane owner Ron Chane, the other three are unconventional choices in most judging circles: two 8-year-old children and a Bassett hound.

“Grilled cheese is for everybody, so we thought (we’d) throw in some kids (and a dog) to neutralize traditional versus creative,” he says.

The overall winner will receive the cheesiest award ever, a foam cheese crown. The event will also have live music, a bounce house, games and more.

The Belhaven Grilled Cheese Fest is at Laurel Street Park (1841 Laurel St.) on Sunday, April 29, from 2 p.m. to 6 p.m. For more information, find the event on Facebook.