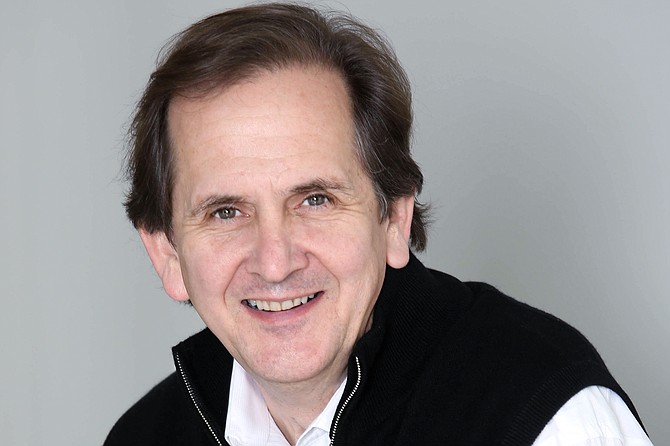 Ballet Mississippi Artistic Director David Keary is the recipient of the Leadership in Performing Arts award for the 2018 Governor's Arts Awards.

"It's an extraordinarily humbling experience to me," he says. "It's just mind-boggling to me that my peers and colleagues would nominate me and that I would be chosen for this."

Keary says he has been involved in the arts for as long as he can remember. He grew up playing the piano and the guitar, and was also involved in sports and theater.

"I was musically inclined as a child, and I was also athletically inclined," he says. "I played sports, but I was not a real big kid, so I was really not cut out for them. I always loved dance. Gene Kelly and Fred Astaire were my musical-theater movie heroes, along with John Wayne."

Keary says that, at 12 years old, he went to see a ballet with his father and told him afterward, "That's what I want to do."

A Natchez, Miss., native, Keary grew up in Jackson and pursued his dance career in the capital city with the Jackson Ballet, now called Ballet Mississippi, beginning in fall 1977. He was the first paid professional ballet dancer that Thalia Mara, founder of the USA International Ballet Competition, ever hired. After a year of dancing at the Jackson Ballet, he continued his training at the New York City Ballet School, also called the School of American Ballet. A year later, George Balanchine took him into the company as an apprentice. Keary held the position for about six years before moving to Texas in 1985 and becoming a principal dancer at the Fort Worth Ballet.

In 1988, he retired from dancing and moved back to Jackson, where he continued his education. He received a bachelor's degree in English literature from Millsaps College in 1990 and went on to attend the Mississippi College School of Law, graduating with a law degree in 1994. He began serving as a law clerk to Justice James W. Smith at the Mississippi Supreme Court later that year. During that time, he went on the board of directors for Ballet Mississippi, leading the company through a rough time before taking over as artistic director a year later.

"There was no real problem transitioning from law to ballet; it was the reverse," he says. "I've been in the theater all my life. I walked into the theater onstage when I was about 7 years old—maybe younger than that."

Keary says that for him, going back to ballet was like getting back on a bicycle. He remains passionate about the law, and continues to read and stay in the know about the legal happenings in our country today, but he says that being able to direct and put ballets on the stage is like second nature.

Ballet Mississippi has grown under Keary's direction over the past 20-plus years, and he says that watching it transition from a professional company into a professional school has been an amazing experience.

"It's very humbling, and it's very loving, and it's very kind and gentle, and it's very sweet, but it's very real life," he says. "I've seen life from every angle, (it) seems like, and it does something to your soul to know that you have been a part of all of that for almost two and a half decades. I feel a great pride of accomplishment that if something was to happen to me today the organization is poised to go on and continue into the future."