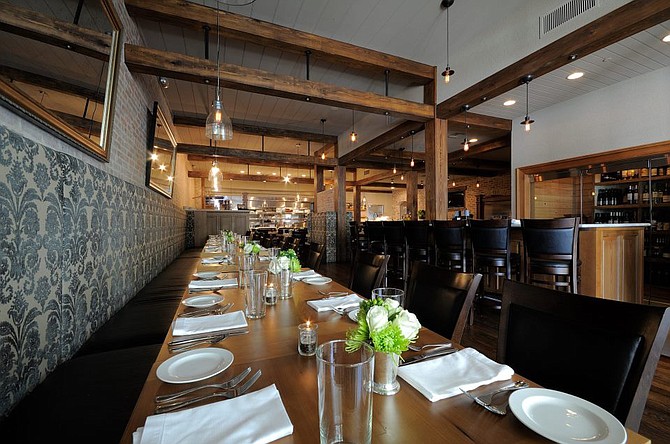 “This is something I had actually considered doing about five years ago when Craig Noone, the original owner of Parlor Market, passed away,” Emerson says. “I spoke to Mart and Laura Lamar, the building owners and good friends of mine, back then and asked if they needed help, but didn’t end up buying the place at the time. Now that Matthew Kajdan is going to the Westin, they contacted me and asked if I’d be interested in taking over Parlor Market, and this time I decided to go through with it.”

Emerson is working on a revised menu for Parlor Market and hopes to have it finished by July. The restaurant will remain open and operating as usual in the meantime, and Emerson does not plan to change the business’ name. Michael Greenhill, the executive chef at Walker’s; Robert and Lauren Rushton, the executive chef and general manager at Local 463, respectively; Effie Hubanks, the general manager at Walker’s; and Emerson’s wife, Jennifer Emerson, will all be part of the new management team at Parlor Market.

“I hope to introduce a new menu focused on local farms and produce while keeping staples like Parlor Market’s blue-plate lunch specials,” Emerson said. “I’m looking to expand the menu rather than rework it, and (to) keep carrying on what Craig Noone started for the residents of downtown Jackson. I want to make Parlor Market a place that is approachable to everybody and that has something for everyone.”

Clint Boutwell, who is the owner and executive chef of The Grillehouse Seafood & Steaks, will host a ribbon cutting for the Madison location for his restaurant with Madison Mayor Mary Hawkins Butler and Regional Manager Chris Burgess on Wednesday, May 24, at 4 p.m.

“We opened at the beginning of February this year, but we’ve just recently kicked up our ad presence on Facebook, radio and elsewhere,” Chris Kroeze, the restaurant’s head bartender and assistant manager, says. “This event is going to be our big breakout, just in time for football season.”

Boutwell, an Oxford native, opened the first Grillehouse in his hometown in 2012 and a second location in Fayetteville, Ark., a few years later. Kroeze told the Jackson Free Press that he hopes to open another location in Southaven by July of this year.