'Atlanta': A Show With Perspective 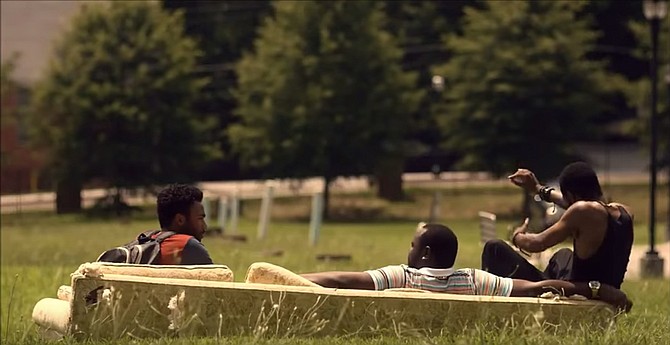 FX's "Atlanta" examines the life of low-income African American men who live in the city. Photo by FX YouTube

JACKSON — Television is a unique medium. Unlike movies, it can tell long-form stories over numerous episodes and seasons. Characters can become like old friends after you spend hours and hours with them. But beyond the aspect of entertainment, good television also ventures into what life is like for someone not like you—for someone who is African American, for someone who is gay, for a woman who’s a lawyer, or any other combination of factors that make a person a person.

That’s what FX’s new series, “Atlanta,” does so well. It immerses the viewer in the hyper-real world of its characters. Despite the show’s title, it doesn’t show us the Georgia Dome, the CNN Center or Centennial Olympic Park. Instead, the all-to-common world of southern poverty surrounds the characters. The show’s creator and star, Donald Glover, uses “Atlanta” as a means to examine the everyday life of low-income African American men living in the city. Glover told NPR in an article, "I’m less interested in showing what should be, and more interested in showing what is, from my perspective."

And perspective is a key word when viewing “Atlanta.” While the show’s main plot points are Earn (Donald Glover) trying to figure out a direction for his life, and his cousin Alfred “Paper Boi” Miles’ burgeoning rap career, the viewer has an easy enough time keeping up with the show’s storylines. But linear plot doesn’t seem to be the point of “Atlanta.” The show uses Earn’s flat personality and vacant looks as a vehicle for the viewer, allowing us to live vicariously through him, and to experience the show’s world. This allows “Atlanta” to accentuate the minutia of day-to-day life and to expose elements of life as an African American man, letting the focus oscillate between the protagonist and what’s going on around him.

The show is its most poignant when the spotlight is on Earn’s environment. In the first episode, Earn discovers that his cousin is the newly viral rapper Paper Boi, so Earn decides to convince him that he should be his manager. He goes to a radio station where he used to work to try and get Paper Boi’s song on the radio. There, he runs into a former co-worker, Dave. Dave, who is white, starts telling Earn an anecdote about a party, and ends the jovial story by dropping the n-word. In that moment, the show almost feels like it pauses; Earn blankly stares at him, Dave dumbly smiles, and, after basking in a few more awkward seconds, Earn simply replies with “Did you really say that?”

David responds, “Yeah man, I had to. He was playing Flo Rida!”

Earn doesn’t blow up at him, doesn't go on a lecture about race relations. Instead, the show allows the viewer to feel the awkwardness of the moment. This is what makes “Atlanta” so different from other shows of its kind—it doesn’t tell you how to feel; it just makes you feel it.

In the NPR interview, Glover said he wants to make people "wonder why they're laughing or why that made them feel uncomfortable, rather than to tell them like why they're a bad person or good person for feeling that way."

But “Atlanta” doesn’t just like to make you feel; it also likes to make you think. In episode five, “Nobody Beats the Biebs,” Justin Bieber makes a "guest" appearance—but African American singer and actor Austin Crute plays him. Whether or not it is a specific commentary on race, the music industry or cultural appropriation, casting an African American actor to play Justin Bieber forces you think, “What difference would it make if Justin Bieber was black?” That’s exactly what “Atlanta” wants you to ask.