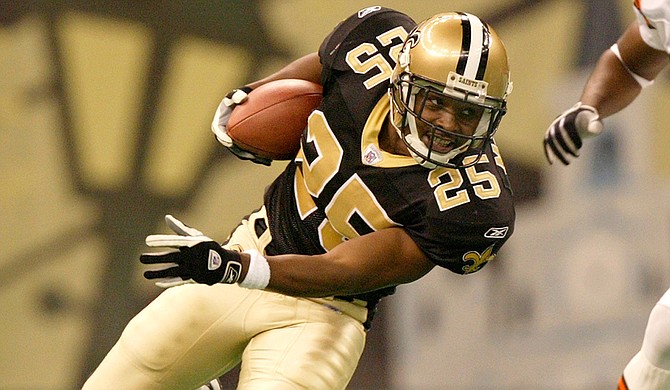 The town of Philadelphia, Miss., has produced some great athletes over the years. One of the most famous is Marcus Dupree, and this weekend, Dupree's first cousin, Fred McAfee, will be inducted into the Mississippi Sports Hall of Fame.

McAfee was a two-time state champion pole vaulter and track All-American for most of his high-school career at Philadelphia High School. It wasn't until late in school that he started an amazing football career.

In 1987, Mississippi College was a burgeoning Division II powerhouse, and McAfee was about to be a key piece to its ascension. He helped lead the team to two Gulf South Conference titles in 1988 and 1990. In 1989, the stellar running back led Mississippi College to the Division II National Championship, and the Choctaws won the title with a 3-0 victory over Jacksonville State University.

The 1990 season was McAfee's best in a Choctaw uniform. He rushed for 1,583 yards and 17 touchdowns while leading MC to the program's third overall GSC title. He earned All-American honors and was a finalist for the Harlon Hill Trophy, which is awarded to the nation's top Division II football player. He placed third in the voting.

McAfee graduated from Mississippi College in 1991 with a bachelor's degree in mass communications and finished his career as the leader in several offensive categories for the Choctaws, including rushing yards (4,416), rushing attempts (811) and touchdowns (38).

In 1991, the New Orleans Saints selected him as the 154th overall pick in the sixth round. McAfee's first season with the Saints was also his best. He rushed for 494 yards on 109 carries and made two touchdowns, and New Orleans won its first division title that year.

In 2000, McAfee, in a sense, came home, returning to the Saints to become a key member of their special-teams units. He finally got recognition for his special-teams play when he was selected to the Pro Bowl in 2002, though that was his first and only Pro Bowl selection.

During his second stint with the Saints, McAfee gave up his familiar No. 25 jersey for No. 30 to give his former number to highly touted rookie running back Reggie Bush. In his final pro football game against the Carolina Panthers on December 31, 2006, McAfee scored a touchdown on his last carry. After his playing career ended, he stayed with the Saints, joining the front office.

Currently, McAfee is in his seventh year as the director of player development, in which he acts as a mediator between the players, coaches and management. He helps rookies as they enter the league and helps veterans adjust to life after their career is over.

McAfee has been part of all five Saints division titles—the first three as a player and as a front office staff member for the final two. The Philadelphia native was also part of the Saints organization when the team won Super Bowl XLIV over the Indianapolis Colts.

In 2011, McAfee was selected to be a member of the Division II Hall of Fame. This weekend, he will be part of the Mississippi Sports Hall of Fame's exceptional 2015 class with Mike Dennis (running back at the University of Mississippi), Steve Knight (basketball coach and athletic director at William Carey University), Clarence Weatherspoon (basketball player at the University of Southern Mississippi), Gwen White (pioneer for women's sports) and Brett Favre (quarterback at Southern Miss).