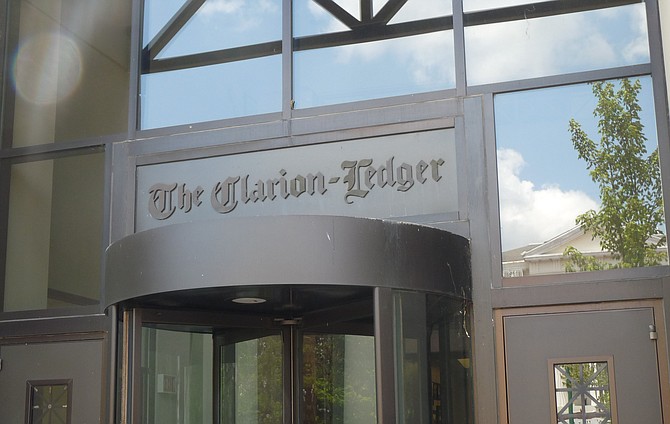 Despite another round of newsroom layoffs, The Clarion-Ledger has enough resources to do saturated coverage of a murder in a majority-white area—but not in others. (File Photo)

The Clarion-Ledger has produced at least a dozen stories about the case of Carolyn Temple since Jan. 7, the day the news broke that Temple had been attacked, pistol whipped and shot picking up a neighbor's garbage can at her boyfriend's home in the Belhaven neighborhood.

Subsequently, the paper interviewed several people close to Temple, including the woman's daughter, boyfriend and neighbors. The Clarion-Ledger even went into detail about the bullet that was fired, which "nicked her pancreas and liver and lodged between the L1 and L2 lumbar in her spine." And the paper reported the news of Temple's death, news of the funeral arrangements and the eventual arrests of several young men police say are responsible for Temple's murder and other crimes.

In a lot of ways, Mississippi's statewide newspaper led on coverage of the Temple case, which spurred stories on Jackson's TV news stations. The coverage provided springboards for social-media conversations on platforms including NextDoor, Facebook and in the comment sections of the news organizations themselves. As a result, Belhaven neighbors held a community meeting, and now people are starting to talk about solutions for crime prevention.

Ordinarily, applause might be in order for that level of prolific crime reporting in an age where the business of news media continues to adjust to changes in the industry. But a quick analysis of local media headlines suggest that we could hold off on those kudos.

Meanwhile, there's hardly been a whisper about another Jackson homicide, that of 34-year-old Christopher Summers. At last check, Summers' death was the subject of just a handful of short news blurbs, including a six-line piece from The Clarion-Ledger that gave the quick-and-dirty details of the shooting—no quotes from loved ones or even a photograph of the victim, who was the father of a star of the hit reality show "Bring It."

The TV media, who also still largely practice journalism according to the dictum "If it bleeds, it leads," weren't much better. Only a couple of stories showed up on local broadcast television.

The contrasts between how news organizations reported the two homicides could be used as a journalism-school lesson on media bias. Temple was white, wealthy and killed in Belhaven. Summers, a musician who rapped under the moniker Battlefield Gucci, a reference to Battlefield Park, was gunned down in south Jackson. And the perpetrators may be part of the same group, police say.

But who's to blame for this prejudice? As a general rule, reporters left to their own devices will likely gravitate toward their interests and what is familiar and comfortable to them. That's what editors and newsroom managers are for, and good ones in Jackson are in short supply. It's a news manager's job to challenge journalists—that includes the reporters they supervise as well as their fellow managers—to step out of their comfort zones and get to the 5 Ws and the H (who, what when, where, why and how) of and within every story as evenly and with as much context as possible.

For now, at Jackson's daily newspaper, the search continues for a permanent executive editor to replace Brian Tolley, who left the paper in September.

Earlier this week, Gannett eliminated more editorial positions, and the staffers must reapply for their own jobs. In the meantime, the absence of leadership in that newsroom is frighteningly apparent.

Also obvious is that when they decide to devote resources to a story as with its recent prison series and the scandal involving Commissioner Chris Epps, The Clarion-Ledger, as daily newspapers are wont to do, likes to beat its chest about the impact of its reporting. Let's say that's true. If it is, could you imagine what would happen if The Clarion-Ledger brought the same kind of organizational largesse to bear on reporting about crime (including causes and prevention) in Jackson?