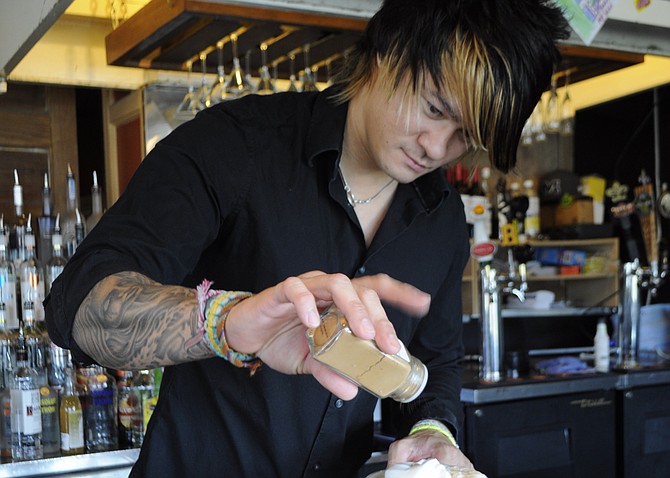 He recounts receiving a note from an "alumnus" of Sal & Mookie's and how, as a result, he's opening a tapas bar in Brooklyn, N.Y. Knowing he can have that kind of influence—through not only providing a paycheck, but also mentorship—is satisfying work for Good.

That work also leads Good to jump in and get involved as an active citizen leader and visionary. "If you're waiting for someone else to address an issue, you may wait a long time," he says. "I realize I should be giving (back), not just taking."

"I think when the least of us have an opportunity for self-fulfillment, we (as a community) have arrived," Good says. —Julie Skipper

Apparently, Julep bartender Brad Regan is as complicated as the drinks he makes. At first glance, you see the tattoos and rock-star hair and make an assessment: He's sexy! But a few drinks and conversations in, and it's clear that this guy has skills, and not just with mixed drinks. He has the ability to make regulars and newcomers feel like there's no other bartender for them. With a mouth-watering martini list, it's no surprise that Jacksonians have voted Regan the city's best bartender for several years running.

For eight years of Julep's 11-year run, Regan has been a mainstay of the restaurant's atmosphere. At a time when bars have become a culture of their own, and mixologists are rock stars in their own right, it's refreshing to see a bartender take such pride in his work, and be personable enough to keep customers coming back again and again. —Shameka Hayes 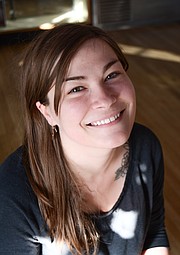 Caitlin McNally has held a top spot in the Best Barista lineup for years now. Two years ago, she won top rights, and this year, McNally latte'd and espresso'd past the competition once again to take first. Whether she's serving up breakfasts on Saturday mornings or fueling college students cramming for finals into the evening, McNally is an integral part of Sneaky Beans and the Fondren community. She is also a staunch supporter of living local, whether that means restaurants, events or music. —Kathleen M. Mitchell 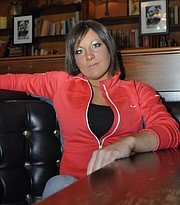 In addition to bartending, Lewis, who has been at The Bulldog for almost three years, is a full-time mom, manages Majestic Burger in Ridgeland during the day and still manages to keep all her customers happy.

She says her favorite part of bartending is getting to meet new people and make friends. She especially enjoys the exchanging of witticisms with some of her regulars.

"And the girl knows how to wear her glitter eye shadow," Alexander says. —Arcadia Smith 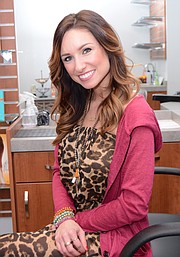 A newer Best of Jackson category, Best Dressed honors a true sense of style. Whether dressed down for activities with her daughter, Sawyer, or dressed up for a special occasion, Amanda Powell exudes Jackson chic.

"I just do my own thing," she says. "I never really think about it." Powell is a regular at stores like Material Girls, MiGi's and Libby Story. Her go-to outfit combines a cardigan, blazer, leather leggings and booties.

Her favorite quote comes from "Sex and the City" character Carrie Bradshaw: "I like my money where I can see it: hanging in my closet." —Kathleen M. Mitchell

Chef Derek Emerson recognizes that his success—at Walker's Drive-In, Local 463 Urban Kitchen and the recently opened CAET Wine Bar—is a result of his supportive team. "Our biggest philosophy is trying to surround ourselves with good people and putting out a good product," Emerson says.

While helming the kitchen of his three restaurants, Emerson has not only built a loyal crowd of patrons, but also earned critical accolades, including four nominations from the James Beard Foundation in the Best Chef: South category. He remains excited about the dining scene in Jackson, noting that eating out and spending time with family is "a southern way of life." For Jacksonians, so is Emerson's food. —Julie Skipper 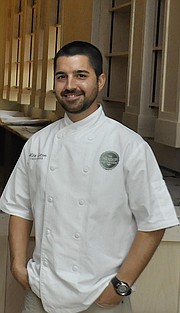 As an Eagle Scout, while most other campers packed Lunchables, Alex Eaton cooked over the open fire. That interest led him to Johnson and Wales School of Culinary Arts, where he graduated in 2009. After stints in New Orleans, Eaton returned home to serve as Table 100's chef de cuisine. He met Steven O'Neill, and the two decided to create their restaurant: The Manship Wood Fired Kitchen.

Eaton's food is "polished casual," where "you can get takeout on a weeknight, then come back on the weekend for a night out," he says. While Eaton says there's plenty of competition in Jackson's restaurant scene, he's up for the challenge. —Julie Skipper 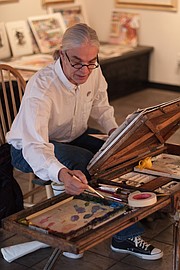 Is it prophetic for someone named Waters to become famous for watercolors? It definitely was for Wyatt Waters, who recalls his first experiences painting at two and a half years old. "I was excited that I could make a motion with the brush and something would happen," he says.

When the painter isn't at the Wyatt Waters Gallery, he can usually be found in the metro area, painting his muses in soft lines and vivid colors. Even when he creates a watercolor piece "en plein air," Waters says he is largely ignored because people often mistake him for being homeless. He appreciates the rare occasion when a curious passerby stops to compliment his work. —LaTonya Miller 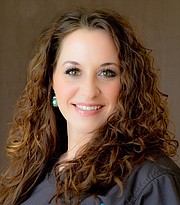 Beauty is a family business for Whitney Davis. Her father, Lyle Kleppelid, has been in the field of cosmetology for 45 years. When Davis graduated from Ridgeland High School in 2006, she enrolled at the Mississippi Institute of Aesthetics, Nails & Cosmetology in Clinton. By age 18, she was already working as a professional esthetician. She worked at the Blackledge Face Center for six years before joining The Nail Bar last July.

"When I say facial, (you) probably think about wiping a bunch of goo on your face, lying there with cucumbers on your eyes, and 20 minutes later, you're done," she says. Clients are often shocked that Davis spends an hour with them, learning about their face regimen and solving some of skincare's most puzzling riddles. —Micah Smith 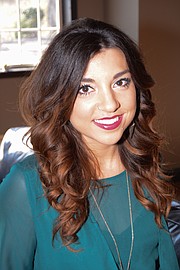 In the span of a year, Nikki Henry rocketed from a third-place finish last year to winning the Best Hair Stylist category. After studying cosmetology at Mississippi Institute of Cosmetology, Byram native Henry has been making Mississippi heads more beautiful at Ritz Salon since 2012.

Henry's regular clients praise her knowledge, skills and style. She shares many of her clients' new looks on social media. Whether giving her clients a version of her own enviable ombre hair or trying a totally different style—from choppy layered bobs to bold, saturated color—Henry's ability and range is clear.

"Without my clients, I don't get to do what I love everyday," she says. "What I love doing is making people feel beautiful. ... To get recognized is an honor." —Kathleen M. Mitchell

In the original version of this story, we left Griff Howard off as a finalist for Best Hair Stylist. Jackson Free Press apologizes for this error. 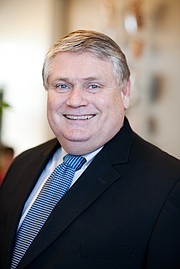 Jackson has no shortage of higher-learning institutes, which means more skilled professors than you can shake a ruler at. For Jacksonians, Mississippi College School of Law professor Jeffrey Jackson represents the best when it comes to the city's educators.

The Pennsylvania native got his bachelor's degree in religion from Haverford College in Haverford, Pa., in 1978, and he received his law degree from the University of Pittsburgh School of Law in 1983. Jackson began teaching at the Mississippi College School of Law in 1987 and for the most part, has been there ever since.

The accomplished professor has received many awards, including the Award for Teaching Excellence at MC, and he has authored and edited 15 volumes on Mississippi law. Jackson's passion is law—and teaching his students.

"I've learned a heck of a lot more from my students than I could ever teach them," he says. —Amber Helsel

Many Jacksonians equate watching the nightly news with one name: Maggie Wade. A broadcast journalist at WLBT since her senior year of college, Wade has a storied career behind her, as well as an Emmy nomination and more than 500 awards, locally and nationally. Most recently, Wade received the 2014 Woman of the Year Award from the Mississippi Commission on the Status of Women.

Other than her daily journalism work, the Crystal Springs native is passionate about several charitable causes—most notably Wednesday's Child, which produces a segment featuring children hoping to move from foster care to permanent homes. Nearly 7,000 children have been adopted into families thanks to the features, and the United States Congress recognized Wade in 2011 as an Angel in Adoption for her work with Wednesday's Child. —Kathleen Mitchell 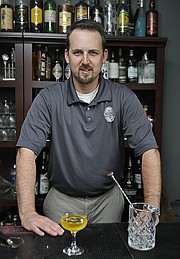 Jackson native Steven O'Neill is all about community. As managing partner of The Manship, he manages the bar and the restaurant's service. "You get out what you put in," he says. "The community is why I'm even nominated, so I always make sure to give back to the community."\

O'Neill urges young entrepreneurs to not become complacent and try to look to the future. When he isn't creating blueprints for future endeavors, O'Neill enjoys being with his wife, Wendi, spending time outdoors and working on the restaurant.

"The Manship is my work, my hobby; it's my everything," he says. —Maya Miller 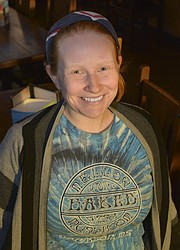 For Laura Webb, caring for the customer is key to being the best server. Webb has worked for Mellow Mushroom for five years and was promoted to key hourly manager a little over a year ago. Choosing Mellow Mushroom as a place to work wasn't a difficult decision for her. She felt that it was a welcoming place and wanted to be a part of the team. Webb also enjoys watching "Law and Order: SVU" and drawing. —Maya Miller 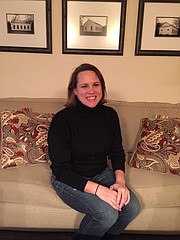 Count yourself lucky—and relaxed—if you're privileged enough to be on massage therapist Courtney Mansell's table. The recent transplant to the Belhaven area from Gluckstadt, Mansell (LMT 829) says she is at a point in her 10-year career where she is able to handpick her clientele. Now she only takes house calls and takes referrals from existing clients.

"Word of mouth is really good for me," she says. "I don't have to work with people I don't know."

When she's not massaging clients, Mansell loves hanging with friends, cooking and eating out. —LaTonya Miller 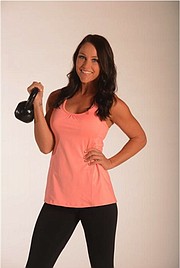 Even before Brittany Horton became the personal training manager for The Club franchise, dancing and working out were her favorite pastimes. While attending the University of Mississippi, Horton joined the The Rebelettes. "They asked me to lead the team workouts because I was so into it," she says. After eight years, Horton's passion for fitness still garners attention from her Jackson trainees. —LaTonya Miller 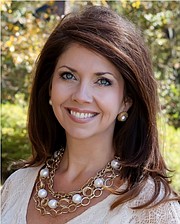 WLBT meteorologist Barbie Bassett has an obvious talent for drawing people in. It's her hidden talents that may surprise you. While she is best known for forecasting sunny skies, Bassett is also an opera singer, pianist, author, public speaker and ventriloquist.

Bassett says she wishes she could use her ventriloquism with adults more often. Thus far, her books have focused on spiritual growth, but her speeches cover a range of topics, including goal setting, motivation, anti-bullying and spiritual growth. Bassett finds the most satisfaction in her anonymous mission projects and in donating her hair to make high-quality, free wigs for women who have lost their hair from cancer treatment. Great Lengths, a program that partners WLBT, St. Dominic's and the American Cancer Society, hosts its next Central Mississippi hair-cutting event on Monday, March 2. —LaTonya Miller