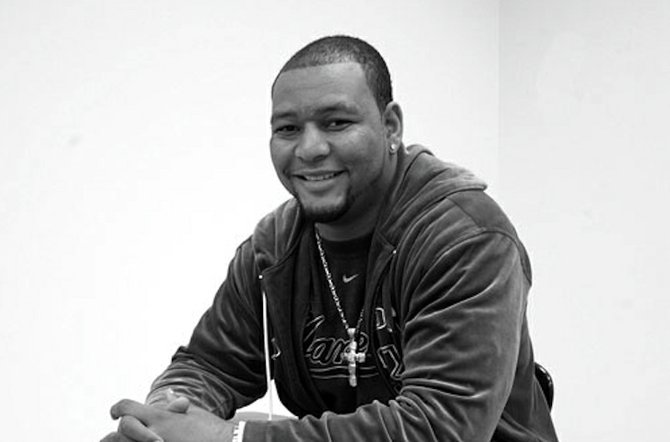 Born Dulymus Jenod McAllister on December 27, 1978, in Ludlow, the Mississippi athlete known to many football fans as Deuce, will enter the Mississippi Sports Hall of Fame July 25.

McAllister became a highly sought-after recruit during his days at Morton High School, where he played as a running back and safety.

Out of many football scholarship offers he received, McAllister chose to play for Ole Miss and went on to become one of the greatest Rebels in Ole Miss football history.

During his time at Ole Miss, McAllister became All SEC twice in 1998 and 1999. He broke the college's record for yards ran with 3,060, rushing touchdowns with 36, total touchdowns with 41, carries with 616, points with 246 and 100-yard rushing games with 13. Deuce was also dangerous as a kick returner during his time with the Rebels.

McAllister won the Conerly Trophy in 1999 as the best college football player in Mississippi. The New Orleans Saints drafted him in the first round of the 2001 draft with the 23rd overall pick. McAllister became the team's biggest star before Drew Brees and Jimmy Graham came to town in later years.

McAllister became the Saints' starting running back in 2002 after the team traded running back Ricky Williams. He made the most out of his opportunity by rushing for 1,388 yards—leading the NFC in rushing—on his way to becoming the first Saints running back to rush for over 1,000 yards for three straight seasons.

McAllister became the first and so far only New Orleans running back to make back-to-back Pro Bowls in 2002 and 2003. During his Pro Bowl seasons, McAllister set Saints records for most touchdowns in 2002 with 13 and most yards from scrimmage in 2003 with 2,157.

In his first playoff start on January 16, 2007 against the Philadelphia Eagles, McAllister rushed for 143 yards on 21 carries and a touchdown, and added another 20 receiving yards and a touchdown on four catches. The Saints won 27-24 and reached the NFC Championship Game for the first time in franchise history.

An Anterior Cruciate Ligament (ACL) tear to his right knee in 2005, an ACL tear to his to his left knee in 2007, and salary cap issues cut Deuce's career with the Saints short. Still, he finished his career in New Orleans as the career leader in rushing yards with 6,096, rushes with 1,429 and rushing touchdowns with 49. His nine games with 100 rushing yards in 2003 is still a team record.

McAllister finished his playing career in 2008, a year before the Saints went on their Super Bowl run after the 2009 season.

Just before the Saints played their divisional-round playoff game against the Arizona Cardinals, New Orleans brought Deuce back to be an honorary captain. McAllister was on the roster as the team won Super Bowl XLIV, earning him a Super Bowl ring.

The Saints have taken McAllister's number 26 out of rotation for current players.

McAllister will join five other Mississippi sports legends being inducted into the hall of fame this weekend. Those others are Ruthie Bolton, Doug Cunningham, Calvin Smith, Richard Williams, and Steve McNair will be inducted posthumously. Former Ole Miss and New Orleans Saints quarterback Archie Manning will also receive The Rube Award during the ceremony.