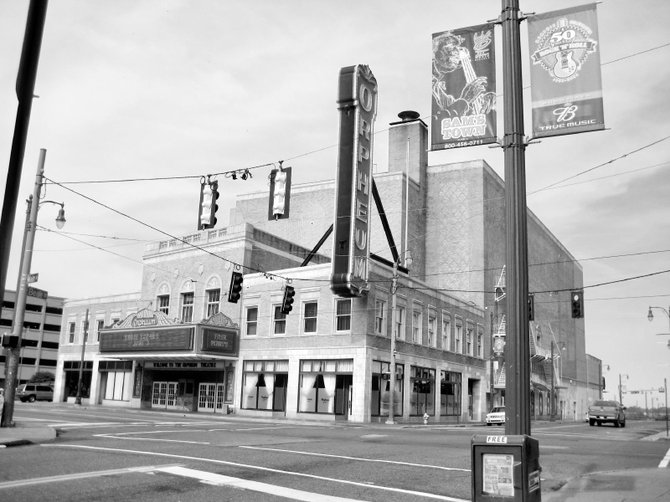 With Memphis just a few hours north of Jackson, it’s an easy getaway to see a play or musical at the Orpheum Theatre.

One year, a friend of mine made it her New Year's resolution to go out of town once a month, even just for a day, "even if it's just to Yazoo City." While I love Jackson and find no shortage of things to do here, sometimes it's just good to get away, even if it's just a short jaunt, so I try to emulate that goal a bit myself. Luckily, Jackson being the Crossroads of the South, plenty of fun places to visit are within short driving distance.

New Orleans is a favorite destination for Jacksonians itching to get out of town. It's a grand place to eat, drink and be merry. However, I've discovered another reason to venture down for the day that's perfect for a girls' road trip. The Saks Fifth Avenue (located in the Shops at Canal Place: 301 Canal St., New Orleans, La., 504-524-2200) has a makeup department that often includes events with national makeup artists, and let me tell you, having your makeup done while sipping on Champagne is not a shabby way to spend a Saturday afternoon. So, naturally, whenever I hear about one of these events, I grab a friend or two and make an appointment.

Most recently, two gal pals and I hit the highway to an event at the Dior counter featuring the brand's spring color collection. A road trip provides a great chance for some quality conversation time, so we covered many a topic on the way down. After getting our faces done and feeling very glam, we decided to have drinks at Bellocq, the bar at the Hotel Modern (936 St. Charles Avenue, New Orleans, La., 504-962-0900). Unfortunately, it was closed for a private event, but Tivoli & Lee, the restaurant at the property, provided just as well. Craft cocktails and a dinner later, we headed home with some new beauty treats and feeling fine. Virtually equidistant to New Orleans, but in the other direction, is Memphis. Despite its proximity, it's not somewhere I go even semi-regularly and, until recently, I had never been to the Orpheum Theatre (203 S. Main St., Memphis, Tenn., 901-525-7800) there. But I love a good show tune, so when I heard that the touring company of Broadway favorite "Wicked" was on the slate this year, I jumped to get tickets.

Heading up the afternoon of the show, my companion and I arrived in time to get gussied up and have a pre-show cocktail and nibble in the hotel bar before heading to the performance. The Orpheum is a beautiful venue, and theater-going provides excellent entertainment not only in terms of the production itself, but also in people-watching.

As for the play itself, having read the book on which "Wicked" is based gave me an idea of what to expect, and it more than delivered. The performers were great, the production outstanding, and the music left me singing the songs long after it ended. We enjoyed the experience so much that, during intermission, my plus-one and I checked out the rest of the season schedule to see what we might return to see next.

Even if you don't make it all the way to Memphis or New Orleans, just a 90-mile drive can provide a quick trip for some entertainment outside of Jackson. The MSU Riley Center (2200 5th St., Meridian, Miss., 601-696-2200), in my hometown of Meridian, sits in the beautiful and historic Grand Opera House and Marks Rothenberg department store buildings in downtown. Now a performing-arts complex, it offers a seasonal lineup of offerings ranging from musical performances to theater. Last year, I got to see Wilson Phillips (who doesn't love to relive some '90s harmonies?) and Don McLean there. This year's lineup includes Roseanne Cash and Tony Bennett, among others, and I'll definitely make the drive over for a couple of evenings of entertainment.

So while there's no place like home, it's nice to know that when we want to get away, there's always something fun just down the road.