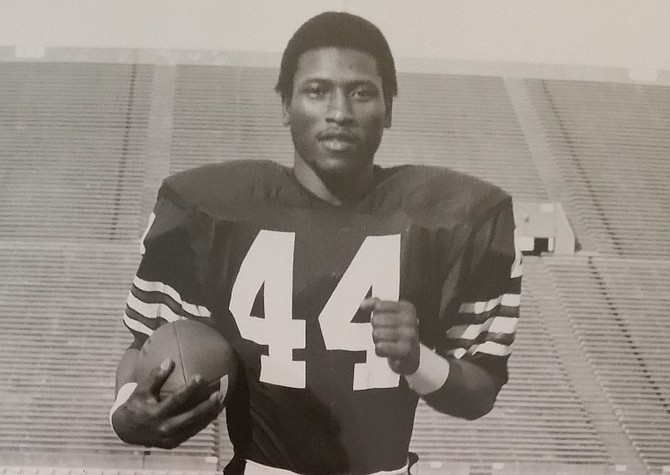 Those players were all great JSU Tigers and went on to have solid, or in the case of Walter Payton, Hall-of-Fame careers. Tillman and both Paytons are in the Jackson State Hall of Fame.

On Thursday, Dec. 4, the Southwestern Athletic Conference honored another celebrated running back from Jackson State. Jeffery Moore, a star for the Tigers from the late 1970s, entered the SWAC Hall of Fame two days before the last Saturday's championship game, in which Alcorn State University scored a 38-28 win over Southern University in Baton Rouge.

Moore came to Jackson State shortly after Walter Payton left to start his NFL career. A great high school athlete, Moore was highly sought after as the top recruit in Mississippi and chose to attend Jackson State.

The Kosciusko native had to wait his turn to be the lead running back for the Tigers, but when his time finally came, Moore made the most of it. He broke out in 1978, his senior season, with 1,094 rushing yards as Jackson State rode him to a 10-2 record and earned a spot in the NCAA Division I-AA Playoffs. During that season, Moore was named first-team All-SWAC and selected as the Black College Football Player of the Year.

The Seattle Seahawks chose Moore as the 319th pick in the 12th round of the 1979 NFL Draft. He played professional football for six years, splitting his time between three teams: the Seahawks for three years, the San Francisco 49ers for two years and the Washington Redskins for one year.

Moore attributes part of his success in college and professional football to seeing Walter Payton's initiative on and off the field. "Walter would come back to Jackson and work out with me. He taught me about work ethic," Moore told Jackson State Athletics Media. "That gave me a chance to go as far as I did."

Moore's best NFL season came in his first campaign with the 49ers. He rushed 281 yards on 85 carries with four touchdowns, and had 405 receiving yards for four more touchdowns.

In his six-year NFL career, Moore rushed for 722 yards on 208 carries and seven touchdowns, and he caught 115 passes for 1,103 yard with six receiving touchdowns. He ended his career in 1984 as a barely used player for Washington.

Moore's college and professional careers put him on the roster with well-known players such as 49ers quarterback Joe Montana. "Playing alongside Joe Montana was really cool. He was one of the best quarterbacks to ever play the game," Moore said in Jackson State's release.

After his NFL career, Moore came back to Mississippi to work for the Mississippi State Department of Education. He was inducted into the Jackson State Hall of Fame in 2005 and named to the All-Century team at JSU in 2011.