Building a School From the Ground Up | Jackson Free Press | Jackson, MS

Building a School From the Ground Up 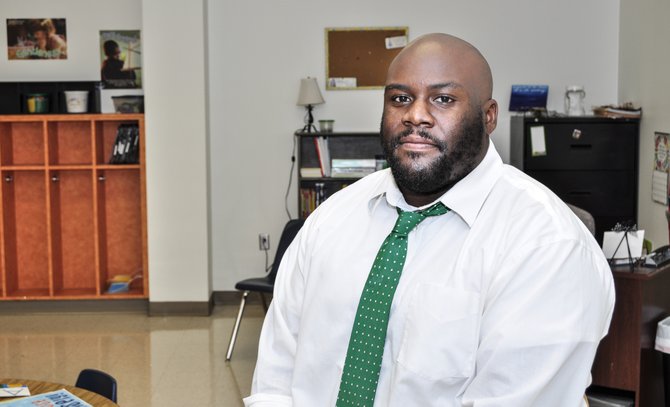 DeSean Dyson, head of the Redeemer’s School, which opens its doors next week, describes building the institution as a community effort. Photo by Trip Burns.

When most Hinds County School District employees stopped working for the day, DeSean Dyson was only halfway done with his.

Dyson, 30, became involved in the creation of the school before accepting the position. He was one of 10 on the search committee with other educators and Redeemer Church, PCA members.

Dyson, who has also taught at Clinton High School, said an urban, Christian school was Redeemer Church's goal for its ministry at its conception, but they thought the process was going to be further down the road until a benefactor who was looking for places to invest in came along.

Steve Lanier, Redeemer Church's assistant to the pastor, said the benefactor wanted to invest in education in Mississippi but did not know anyone in the state. He was then connected with Lanier's wife, Sherry, who is the facilitator for disaster response in the PCA Presbyterian denomination.

After visiting Jackson and talking with the Laniers and Rev. Mike Campbell, he decided to invest in the school two years ago.

"They put us in the position to say, 'Let's start this school now,'" Dyson said.

Now, The Redeemer's School is about to open with 38 spots out of 45 filled.

"I've looked at different schools and different models that do this. On average for schools that start like this, they open the doors with 17 kids," he said.

Dyson graduated with a master's in educational leadership from Mississippi College in 2011. The governing body consists of seven school board members. Three full-time teachers and three teacher assistants, all college graduates, will teach the children the school's curriculum including a regularly scheduled enrichment program including music, art, dance and drama.

"I wanted to distinguish ourselves early on that we're the real deal," he said.

Located at 640 East Northside Drive, Dyson said the school's tuition-scale scholarship system based on household income, which is part of being an urban, Christian school.

"One of the things that we want to be really intentional about is providing an opportunity for students and families that if they have access to this quality of education, they will get it," Dyson said. "School's expensive when you find folks who do a great job and do it well. A lot of the private and independent schools are really expensive."

He said the vast majority of the students are on the lower end of the tuition bracket, and most are paying $25 a month for tuition. The school will be strongly donation driven.

"We'll have students who come from households and backgrounds that may be different, but when it comes to education, I believe that students will thrive. Every student is different, so you have to teach them differently individually," Dyson said. "We're having to be really creative, and we're having to think of ways to be able to give them the private school experience without the cost that is such a barrier."

Lanier said most students are from the Broadmoor area around the church, but some are coming from different areas of Jackson.

"It gives parents a choice for the kind of school they want their children to go to. It provides the opportunity for excellent academic education and also within the context of the Christian environment," Lanier said.

The Mississippi Association of Independent Schools would accredit The Redeemer's School including its curriculum and facilities, including appropriate sink and desk heights.

Shane Blanton, Mississippi Association of Independent Schools executive director, said he thinks The Redeemer's School is very close to that process and will be accredited this school year.

"I know they're working hard to get there, so I see no reason why they won't be accredited in the near future," Blanton said.

Housed in the former Trinity Presbyterian Church building, in the Redeemer building complex, The Redeemer's School will be intentional when it comes to spiritual and biblical instruction. Dyson said this instruction will be throughout the day and a designated class time.

The school will expose children to various viewpoints and perspectives, including evolution, which they'll need to understand in later grades when they attend other schools.

Dyson said the calendar and school day is designed to accommodate parents who have younger children at the Redeemer's School and older children who attend public schools. There will also be after-school care one day a week, which is planned to grow to everyday over the years.

"We're constantly trying to figure out how we can be effective and efficient in spreading and living the gospel. Schools are a very natural context," Dyson said.

The master plan for The Redeemer's School includes a growing facility and student body until the school contains K-8 by adding a grade every school year.

"What I believe we're going to do here will impact students individually, and I even believe generationally," Dyson said.

"We have opportunity and blessing to raise a generation of students who are instructed on how to be successful and positive and engaging in not only this community and context but also that eternal sense that, to me, is so much more powerful."

The Redeemer's School at a Glance