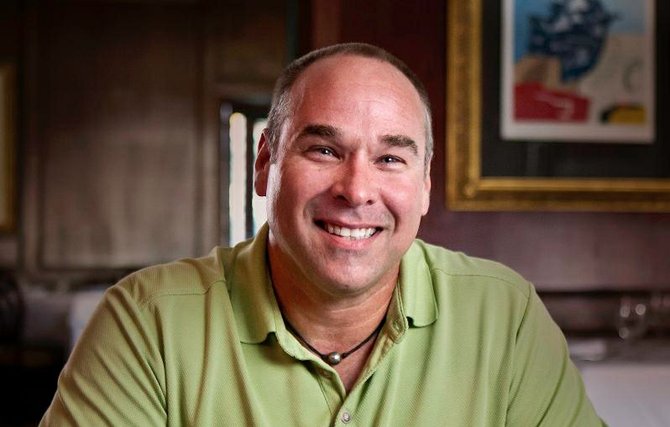 Hattiesburg restaurateur Robert St. John has teamed up with Dan Blumenthal and Jeff Good—owners of Jackson's BRAVO! Italian Restaurant, Broad Street Baking Company and Sal & Mookie's New York Pizza and Ice Cream Joint—to aid St. John's Extra Table charity. Blumenthal and Good have placed a donation line for Extra Table on receipts at their restaurants to allow customers to make quick and easy donations to Extra Table. At the end of each month, the collected money from each restaurant is donated to Extra Table.

Extra Table is a non-profit St. John formed in 2009. The organization supplies healthy food for soup kitchens and food pantries throughout the state. Extra Table purchases food wholesale through its partnership with Sysco, the nation's largest food distribution company.

"We use our buying power to compile bundles of food that are healthy, low in fat, and full of protein and healthy grains, and we deliver them straight to the doors of agencies like Stewpot and Gateway Rescue Mission in Jackson," St. John said. "A lot of these agencies, like Stewpot, focus on a lot of different projects. We help them have more time to organize afterschool projects and other missions. Extra Table also provides an efficient way to supply these agencies with healthy food. A lot of them live on canned food drives, and most of what they get comes from people just trying to clean out their pantries. That means they get a lot of dented cans and old food. Extra Table provides things like canned chicken, tuna and low-sugar fruit, since there is a high frequency of diabetes amongst people who have trouble getting food on their own."

A lifelong Hattiesburg resident, St. John, 51, attended high school at the now-closed Beeson Academy. He went on to Mississippi State University, where he majored in communications. St. John worked as a radio DJ for a few years after college before he started working in restaurants and found it to be his true calling. He went back to school at the University of Southern Mississippi, where he obtained a bachelor's degree in hospitality management.

In both his restaurant and charity work, St. John is dedicated to fighting obesity and hunger.

"We're number one in both obesity and food insecurity in Mississippi," St. John said. "A lot of people have a problem understanding how that can be, but those two always go hand in hand. If you don't have enough resources for healthy food, you go to convenience stores and buy sugary food and fast food. People without access to healthy food become prone to obesity."

According to St. John, more than 637,000 people are food insecure in Mississippi, including more than 200,000 children, 27 percent of whom get a school-provided breakfast and lunch and nothing else. St. John hopes expanding Extra Table's reach can help Mississippi overcome its food-related problems.

"I want to express gratitude to Jeff and Dan for stepping up to the plate in such a huge way," St. John said. "It'll make such a big difference and feed a lot of people. It's a bold move they made, and I'm very appreciative."

St. John and his wife, Jill, have a 16-year-old daughter named Holleman and a 12-year-old son named Harrison.

We should all be very proud and Jeff and Dan for teaming up Robert on this terrific cause. It's great to see passionate and successful people giving back to their communities.