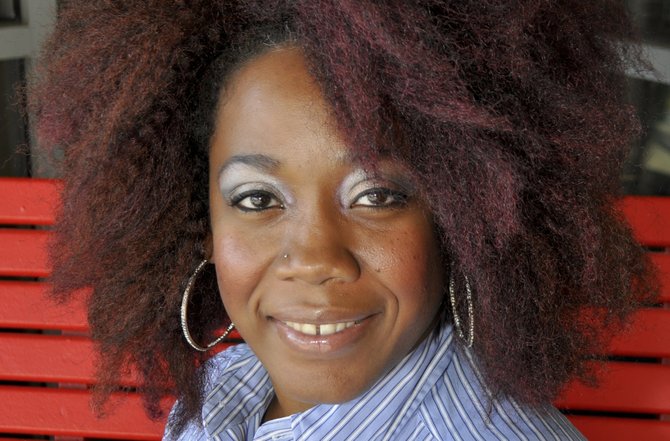 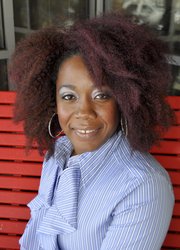 The name is in honor of her father, who passed away at age 51, just two weeks before Brown's 34th birthday.

Brown, a Jackson native, knew from age 5 that hair was her calling. She liked to style doll heads but graduated to more life-sized subjects in high school. She says she starting doing her mom Lynda Smith's hair around age 14 or 15.

With her mother's encouragement, she set off for cosmetology school, but the road to her degree would be fraught with misfortune. She started school in 1992 but didn't get her license until 2001. In those nine years, Yvette's first school, Jackson Academy of Beauty, closed down, and her brother and the fathers of her two oldest children died. Through it all, though, Brown never lost sight of her goal, eventually earning her cosmetology license at the Shirley Little Academy of Cosmetology in 2001.

Two years ago, Brown was selected to be a product educator for Design Essentials, a hair-product line based in Atlanta, after meeting Robert Peavie, the only distributor in Mississippi. He offered her a job as an educator.

Brown balances her time traveling across the country for hair festivals with devoting time to her second hair salon, Fondren's Studio 34.

The diversity of the Fondren district as well as the close-knit business community make it her dream location. "People aren't trying to hurt you or pull one over you. It's just a very uplifting area," she says.

She hopes to bring her experience educating people about Design Essentials to the Fondren community by having classes at the start of the new year. Getting a broker's license is also on her to-do list, so she can be on schedule for her goal of having her own real estate company by next May. But hair remains her passion. She has a special interest in giving her African American clients tips on how to keep their natural hair healthy.

"I could charge them $65 to style their hair, but at this point I've started to show them how to care for their hair on their own," she says. Brown currently resides in Brandon with her 17-year-old daughter Jayla and her 15-year-old twins Jillian and Karleton Jr. She has another son, Tevis Mitchell, 20, and a granddaughter, Addyson, 2.