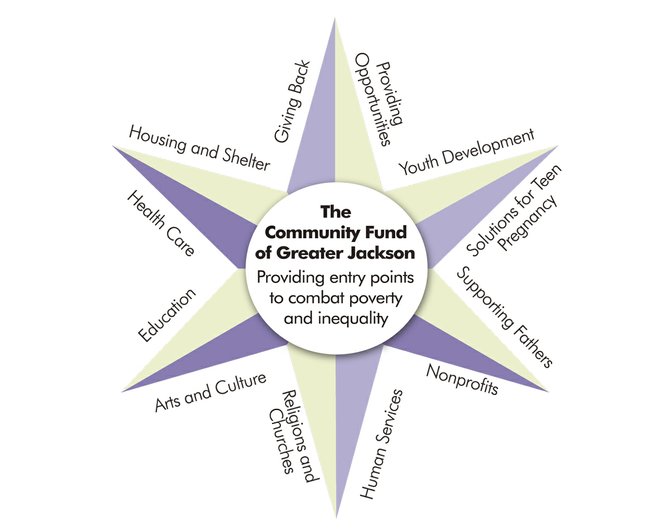 When the Jackson Free Clinic wanted to expand its facilities, the Community Fund of Greater Jackson helped make it happen.

The clinic, staffed by medical students from the University of Mississippi Medical Center under the supervision of UMMC's doctors, aids underserved patients, particularly the poor and elderly. Since its inception more than a decade ago, the clinic steadily increased the numbers of people it served, and by last spring, it was in desperate need to renovate and enlarge its space.

"The medical students got so energized about raising the money. They saw a need," says Jane Alexander, president and CEO of the community fund (and a lifelong Jacksonian), but they didn't know how to go about setting things up. "When they found out about us, they said, 'This is great.'"

The clinic turned to the CFGJ to manage the funds it raised in the community, more than $300,000, which helped them double the clinic's size. The fund took care of the "back office" financial aspects, leaving the doctors free to continue their work.

CFGJ is a nonprofit financial institution, founded in 1994, that matches philanthropists with organizations in the Jackson area doing beneficial work in the community. The fund allows donors to give "for good, forever," by pooling and maximizing donors' investments into the community. Donors can designate the organization or cause for their contributions, specify a category (such as education or arts), or allow the CFGJ to make grants as they are needed in Hinds, Madison and Rankin counties.

At Millsaps College, the fund allowed the school to make an impact in a local public school. Under Millsaps' "1 Campus, 1 Community" umbrella, the "100% Adopt-A-Class" program linked with Brown Elementary School to provide 600 hours of volunteer service, such as tutoring, a science fair and field trips--and $15,000 in volunteer, academic and enrichment resources. Every Brown student received attention through Adopt-A-Class. A grant from the Community Fund of Greater Jackson funded the program, which was one of five school-community partnerships to receive a 2011 Governor's Award.

The fund also holds other nonprofits' endowments, such as those owned by the Mississippi Symphony Orchestra and the Greater Belhaven Foundation, growing and administering the funds. Typically, a set percentage of an endowment remains untouched while the organization uses the interest it earns in its operations.

Last year, the fund awarded more than $2.2 million in grants and scholarships for purposes as diverse as disaster relief and animal shelters to education and the arts. In the past, much of the grant funds have gone into educational programs in Hinds and Madison counties, but Alexander wants to expand the CFGJ's reach, especially into Rankin County.

"We connect people who give with needs that matter," Alexander says. "... There is a business of philanthropy. It's not just about the cause; it's also about how you're going to fund it. Because anybody can give away lots of money at one time but then, there's not any more (money). This idea of building toward the future so that future generations ... can benefit ... is really what I like best about my job."

For information on donating, grants and more, visit cfgreaterjackson.org, call 601-974-6044, or email info@cfgj.org. The Community Fund of Greater Jackson is located at 525 E. Capitol St., Suite 5B.