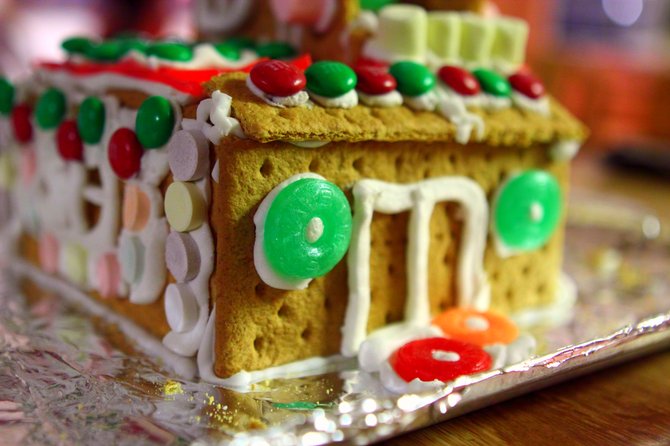 Although modern gingerbread, as in holiday houses, is sweeter and more decorated, in Emily Dickinson’s day, gingerbread was a dense cake. Photo by Flickr/Averain

Can you smell the gingerbread? One of the mainstays of the holiday season, it can be found everywhere in December in many forms: as Christmas tree ornaments, decorated as little men and women; or on display as miniature replicas of houses in people's homes and store windows.

Records show that gingerbread making goes back centuries, as the ingredients were usually non-dairy and the bread, once baked, had a long shelf life and was not given to crumbling easily. Early gingerbread was probably not as decorated nor as sweet as modern tastes dictate.

We know that the 19th-century poet Emily Dickinson loved to bake and that gingerbread was one of her specialties; she sent her recipe for gingerbread to at least two friends. A few years ago, the Emily

Dickinson Museum in Amherst, Mass., held a baking contest, asking participants to recreate several of Dickinson's recipes, offering prizes based on criteria such as flavor, texture, overall appearance and historical integrity. The contest rules stipulated that makers must use only the ingredients listed in the author's recipes, but amounts and process could vary.

My sister and I entered the contest in the gingerbread category, and gave a lot of thought to how a person baking in a much more simplified environment would go about this. We opted for fresh ground ginger paste, knowing that Ms. Dickinson kept a garden and so might have a preference for fresh herbs and spices. We also did some research on what kinds of glazes people used in this period, finding that a smear of egg yolk was quite popular.

We won first place for our gingerbread. The resulting gingerbread can be described as more of a dense cake than a true bread or a cookie, and it is enhanced when accompanied by a cup of tea.

1/2 cup heavy cream, whipped by hand until a little stiff

This is what we did, using methods we thought a 19th-century cook might employ. You may need to adjust or modernize to fit your own needs.

Preheat the oven to 350 degrees. Butter and flour two oval 7-and-3/4-inch pans. We also wrapped each pan with a cloth wrap—a method we learned in a baking class, which is supposed to ensure the cake will have a flat top.

Mix the cream and butter. In a separate big bowl, combine all the dry ingredients. Add the butter/cream to the flour mixture—it will be very dry. Then add the molasses.

The mixture should spring to life—the powdered clumps take on a coffee brown hue and inflate with airy thickness. (This is where we quite understood the origins of the gingerbread man story!)

Mix, then divide the batter in half, and pour into the two pans. Flatten the batters with a spatula. Arrange the pans in the oven diametrically (one on the right upper rack, one on the left lower rack).

After baking for 20 minutes, remove from the oven, brush an egg yolk glaze over the top of each loaf, then return them to the oven. Bake for 10 minutes more, for a total oven time of 30 minutes.