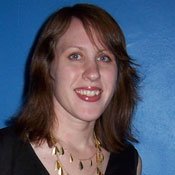 I'm often struck by the way that many people live half-truthfully, editing out personal information that they deem unsavory to others. I'm not sure if this is a southern phenomenon, or simply a trend among those of us who are the black sheep in our families. Since President Obama signed the Matthew Shepard and James Byrd Jr. Hate Crimes Prevention Act, I've been thinking about my LGBT (lesbian, gay, bisexual and transgender) friends. As they have found the way out of their various closets, I've often simplified their task in my mind. "Just do it," I think. "Be yourself."

But my friends might face grave consequences for revealing their sexual orientation or gender identity. One namesake of the Hate Crimes Act is Matthew Shepard, a 21-year-old University of Wyoming student. Two young men drove Shepard to the outskirts of town, where they beat, tortured and hung him up on a fence post. Court testimonies strongly suggest that the killers targeted Shepard because he was gay. He died five days after the attack, on Oct. 12, 1998.

Recently in Mississippi, school officials forbade lesbian Wesson Attendance Center student Ceara Sturgis, 17, to wear a tuxedo in her senior portrait. Though Sturgis' situation wasn't fatal, it involves her freedom to express herself as she chooses in a country that guarantees its citizens that right.

Sturgis' story broke during the week of Jackson's 5th annual OUToberfest, hosted by Unity Mississippi in order to bring Mississippi's LGBT community together to meet, attain education and information, and have fun. They also hold the festival in honor of LGBT History Month, National Coming Out Day and the anniversary of Matthew Shepard's murder.

I went to Smith Park the last day of OUToberfest, an overcast Sunday afternoon. I arrived just as drag queen Tori Madison was leaving the stage.

The small but lively crowd sat in lawn chairs, accompanied by coolers, dogs of all sizes and children, who balanced on the concrete walls and played in the recess in front of the stage. I knew almost nobody there, save the friends I had brought with me, but one of them introduced me to Duane Smith, the dark-haired and affable co-founder of Unity Mississippi.

I missed the interfaith service in the park that day, but I saw Madison perform alternately wearing a gigantic feathered cape and a tiara that would make Delta Burke burn with the greenest of envies.

Then, Eta Iota Mu, a non-traditional African American fraternity that includes females, took the stage and entertained the crowd with a stomp/dance routine. As the crowd cheered, I marveled at the fact that everyone in the park that day was there for one goal: unity among races, genders and cultures.

A week later, I met with Smith and his partner Knol Aust, another founding member of Unity Mississippi, out on the porch at La Cazuela Mexican Grill. We sat tables away from where they initially founded the organization in 2004, following Mississippi's passage of a constitutional ban on gay marriage. A gay pride event had been planned for that October, but the organizers cancelled at the last moment because of an internal argument.

"We started talking about the festival that we wanted to do, and it turned into, 'Why did nobody even know that it was cancelled, and how did anyone know about it in the first place?'" Aust said.

Aust, Smith and other friends then began the task of creating Unity Mississippi to build a community dedicated to cultural diversity, reaching out to anyone who wanted to be involvedqueer and straight alike.

Some divisions within the community surprised Aust, but he and Smith count Unity Mississippi's fifth anniversary as a victory. In five short years, their network has grown from an e-mail list with 20 or 30 people to more than 500 people.

Unity Mississippi is a networking group that connects people to LGBT-friendly businesses, doctors and advocacy groups. Both Smith and Aust want people in the community to feel accepted and safe in Jackson. While Aust has experienced several strong instances of discrimination, he remains unabashed about his beliefs and identity. Smith says that he hasn't experienced discrimination, and that he's always found it very easy to be himself.

The passage of the Hate Crimes Act and the fact that Aust and Smith are both so confidentdespite discriminationhelp me believe that we're headed ever closer to the goal of common decency and equality. My hope is that as we approach this goal, we'll all have less need to hide behind the half-truths we tell in fear of reprisal.